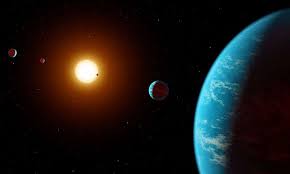 Wind, Solar, Tidal power, Geothermal energy are all sources of Alternative or Renewable energy. The U.S Energy Information and Administration defines renewable energy as energy derived from natural and replenishable sources. These sources are “virtually inexhaustible in duration, like the sun, but limited in the amount of energy available per unit of time” (EIA).

In contrast to other energy sources, renewable energy is not solely concentrated in specific countries in the world but it spreads over large geographical areas, thus enhancing energy efficiency. The consequent rapid renewable energy deployment fostered by technological advancements has resulted in the profound significance of ensuring energy security, adding countless economic benefits (Twidell, 2015). It has been estimated that renewable energy directly or indirectly derived from the sun, will have the capacity to supply energy to  humanity for generations to come. The increasing demand by developed countries and a heightened awareness of the dangers of fossil fuel and the rise of greenhouse gasses leading to a slow depletion of the earth’s Ozone layer,  has given increased support for promoting renewable energy sources, like wind and solar power.

Globally, approximately 80 percent of the energy used and an average of 66 percent of electrical generation is being generated from fossil fuels, which are limited to various countries in the world. According to Weir (2015), this has consequently contributed to 60 percent of greenhouse gas emitted, thus triggering climate change in the global environment. In most countries worldwide, a transition towards cleaner energy or renewable energy forms has been enacted. Although this has been fostered by the rapid technological innovations and reduction in costs, renewable energy technologies will have to compete with the existing energy technologies, which are carbon-intensive. In order for renewable energy technologies to be intensively deployed, there is a need for the existing energy policies to address the impacts and subsidies associated with fossil fuels (Twidell, 2015). Besides, the energy policies have to advocate for more finances to be facilitated in the emerging renewable energy projects.

Additionally, the consequent benefits of renewable energy have led to the integration of American wind and solar generation in the grid of national electricity without reliability being compromised. Renewable energy has offered the benefit of lowering carbon emissions as well as other forms of pollution linked to the dirty energy derived from fossil fuels. As a result, renewable energy has played a significant role in reducing global warming fostered by climate change by saving the world from the negative effects of rising temperatures (Panwar, 2011). Apart from saving the world from rising temperatures, renewable energy has promoted the consequent creation of jobs, making electric grids much resilient and expanding energy access in developing nations. Global improvements in health and quality of life have also been noted following the widespread and increased availability of energy.